Nearly one month before SEMICON Korea 2023 raises its curtain on February 1, SEMI Korea, the organizer of the three-day show, said that about 500 domestic and foreign companies will join to occupy 2,000 booths across show floors. Industry big names like Samsung Electronics, SK hynix, ASML, and Merck will showcase their new products and demonstrate technology roadmaps for 2023 and beyond.

The show will provide a window of opportunity for Korean manufacturers to showcase their chip-making ecosystem from raw materials to parts and components to equipment, as they try to regain competitiveness.  Especially, Korean semiconductor raw materials and equipment makers have grown both in number and scale, supplying Korean chipmakers like Samsung Electronics and SK hynix.

Nowadays Europe, Japan, and the United States are pouring heavy investments to rebuild their respective semiconductor manufacturing ecosystems locally. Meanwhile, these Korean chip-making infrastructure players are turning to chipmakers in those countries to expand their market base.

It is a fact that global chipmakers are eager to find out the next generation of growth drivers to bail the market out of recession amid declining demand from memory chip to CPUs. So, heavy capital spenders like Samsung Electronics and SK hynix are shelving or rescheduling their investments in new fab facilities to curb capacity.

Reflecting such weak investment sentiments, SEMI forecasted in November that the global semiconductor equipment market will contract to US$91.2 billion in 2023 after registering two straight year-on-year growths in 2021 and 2022.

By segment, shipments of wafer fab equipment, which includes wafer processing, fab facilities, and mask and reticle equipment will contract 16.8 percent to US$78.8 billion in 2023.  Capital spending on foundry and logic facilities is forecast to drop in 2023, with shipments slipping 9 percent.

Mirroring weak consumer and enterprise demand for memory chip and storage devices, shipments of DRAM equipment are also projected to fall 25 percent in 2023 to US$10.8 billion following a 10 percent drop in 2022 to US$14.3 billion.

Yet, SEMI paints a bright picture for 2024, betting on these huge projects from U.S. and Japan. Eventually, these investments will help finance private sectors’ massive investment plans to revitalize their respective technology prowess and scale.

For example, the Japanese government announced in November that it would invest 70 billion yen in Rapidus, a newly created chipmaking company by Denso, Kioxia, MUFG Bank, NEC, NTT, Softbank, Sony Group and Toyota Motor. It will finance the company’s production of 2nm logic chip, which is scheduled to come online by 2026.

To help Korean players advance into overseas markets, SEMI Korea will provide more than 100 sessions for a one-on-one meeting with international chipmakers through its Supplier Search Program. Investment forum programs, such as U.S. Investment and Netherlands Tech Forums, will also offer a marketplace for Korean infrastructure players to expand their global footprint. Moreover, keynotes and technology sessions will also shed light on what will be trending out in the global semiconductor market technologically.

In Keynote 2, Dr. Eric Beyne, Senior Fellow and VP R&D with imec will present his idea on 3D-SoC heterogeneous system design methodology covering imec’s vision and contributions to 3D interconnect scaling in the areas of die-to-wafer and wafer-to-wafer stacking. He will touching on a functional partitioning of the systems in separate dies called as chiplets that require high bandwidth, low latency, and low energy 2.5D and 3D integration technologies to reconstitute the system, Moreover, he will propose a hierarchical view of the 3D interconnect fabric and define a 3D interconnect technology landscape that reaches out from the package-level all the way to the transistor level.

As chip structures are getting more and more complex, the prolonged lead-time from lab to fab is of great concern, too.  Patrick Lord, Executive Vice President with Lam Research is going to touch on this lead-time challenge at Keynote 3. He will share how LAM is focused on accelerating innovation through the value chain from process development in the lab to optimizing productivity in the fab.

Under the theme of “EUV High Volume Manufacturing and Beyond”, for example, academics and company experts will provide up-to-date information and key progresses in various areas of advanced lithography. They will discuss how to tackle environmental limitations such as new EUV patterning materials and overlay high-NA EUV system. 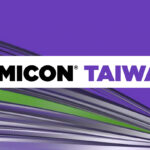 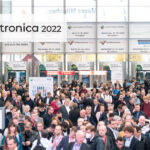