Aeva Technologies, Inc., a 4D LiDAR sensor chip maker of the U.S., has joined hands with Nikon Corporation of Japan to jointly tap a US$10 billion-a-year industrial automation and metrology market.

The two companies said on August 12 that they had signed a strategic agreement to jointly develop a next generation of industrial solutions using Aeva’s frequency modulation LiDAR sensor technology.

To detect objects, it modulates the frequency of the laser wave, making small frequency changes to a continuous wave.

Compared with AM LiDAR that is very susceptible to sunlight interferences and is very computational-intensive, the FM LiDAR is power-thriftier and faster in measuring velocity.

As with the case, it is widely used in autonomous driving applications.

The fabless chip maker has an expertise in object perception technologies, zeroing in on a broad range of applications market from consumer electronics to autonomous vehicles to industrial robots to consumer health.

Nikon is a leading supplier to industrial automation and metrology markets, with revenues of approximately US$600 million including other small businesses.

Its customers include major global automotive vehicle OEMs such as BMW, Stellantis and top aerospace manufacturers, among others.

The synergy effect was a good fit for the joint alliance.  The two companies will combine Aeva’s unique, industry-first 4D LiDAR on chip technology with Nikon’s market-leading position in laser radar technology and industrial precision to speed up adoption of joint products in industrial automation, metrology and manufacturing applications. 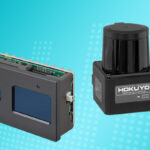 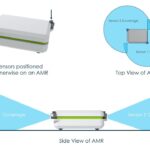