Yokogawa Electric Corporation and NTT DOCOMO, INC. have conducted a proof-of-concept (PoC) test of a remote control technology for industrial processing. The PoC test involved the use in a cloud environment of autonomous control artificial intelligence (AI) and DOCOMO’s fifth-generation (5G) mobile communications network. The Factorial Kernel Dynamic Policy Programming (FKDPP) algorithm*1 was developed by Yokogawa and the Nara Institute of Science and Technology. The test successfully controlled a simulated plant processing operation. Thus, it demonstrated that 5G is suitable for the remote control of actual plant processes.

The trend to locate production facilities in remote and/or hazardous areas is fueling a growing demand for remote industrial operations. More so, it is also transforming how people work. Specifically, equipment used in plants to purify and refine resources and materials for essential products can deteriorate after many years of use, Thus, remote, autonomous regulation and control would be hugely beneficial.

One possible solution is to install edge devices equipped for high-speed wireless communications at plants. Additionally, it should employ cloud-based autonomous control AI to control the equipment dynamically. Yokogawa has already proven that its FKDPP algorithm is a feasible autonomous control AI solution.

In a field test at a chemical plant last February, FKDPP successfully controlled for 35 days processes known to be difficult to automate using existing Proportional-Integral-Derivative (PID)*2 and Advanced Process Control (APC)*3 control technologies. These processes had been performed manually. The combination of FKDPP and the cloud with 5G promises to be a core technology for achieving industrial autonomy.

The demonstration test was conducted to verify whether a three tank level control system*4 could be controlled using FKDPP in the cloud via a 5G network. This was done following the agreement between Yokogawa and DOCOMO last year. Successively, a target water level was set. Then, tests with low- to high-speed control cycles were conducted. Finally, the effects of mobile-communications latency on FKDPP control were confirmed.

Compared to 4G, the test demonstrated that with high-speed control, 5G delivers 1) lower latency, 2) less overshoot relative to the target water level, and 3) ability to handle a control cycle as short as 0.2 seconds. Thereby, it achieves better control for more stable quality and higher energy efficiency.

Yokogawa has been advocating the concept of industrial automation to industrial autonomy (IA2IA) since 2019. The company aims to apply 5G technology for remote plant control. In collaboration with DOCOMO and customers, it will continue carrying out advanced initiatives aimed at facilitating a shift toward industrial autonomy.

DOCOMO is continuing to enhance and evolve its network technologies. Moreover, it creates advanced networks tailored to the needs of specific customers. It also develops 5G solutions for diverse public and private purposes.

Both Yokogawa and DOCOMO are members of the 5G Alliance for Connected Industries and Automation (5G-ACIA), which is pursuing industrial applications for 5G. They will continue to evaluate the use of 5G for remote, autonomous plant operations. By carrying out demonstrations in a wide range of customers’ plants and examining communications reliability and latency-related issues during long-term use, the companies will strive to achieve 5G and AI-enabled autonomous control.

Kenji Hasegawa, Vice President and Head of the Yokogawa Products Headquarters at Yokogawa Electric Corporation, said, “Our autonomous control AI can be used not only in the process industry, but also for certain processes in factory automation, such as heating processes. It can be used in areas where existing control technologies cannot be applied. It can achieve shorter settling times compared to existing technologies and prevent overshoot.”

“In general, the tangible benefits included improved productivity and contribution to a more sustainable society. By linking information on production, inventory, demand, and other matters with the cloud-based autonomous control AI, it will be possible to align management directives with the actual control of operations on the plant floor. Although wireless communications have been used in plants, this innovation uses 5G for cloud-based autonomous control AI. By carrying out this cutting-edge initiative in collaboration with DOCOMO and our customers, we will lead the shift to industrial autonomy,” continued Hasegawa.

Hisakazu Tsuboya, Senior Vice President and General Manager of the 5G & IoT Business Department at NTT DOCOMO, commented, “The demonstration has shown that low-latency 5G communications helps to improve the accuracy of remote-control operations in plants. This is expected to contribute significantly to sustainable productivity for processing and other types of manufacturing. DOCOMO, together with Yokogawa and partners, will continue to develop 5G and other mobile communications environments for diverse worksites in processing industries in order to overcome challenges and create new value.”

*1 The FKDPP AI algorithm, which uses reinforcement learning technology, can be applied to all kinds of control applications to achieve conventionally challenging simultaneous goals, such as high quality and energy efficiency. These applications include those that cannot be automated with existing control methods such as PID control or APC, .

*2 Proportional-Integral-Derivative control, first proposed by Nicolas Minorsky in 1922, is an infrastructure-control technology for processing industries that is used to control items such as quantity, temperature, level, pressure, and ingredients. It implements control aimed at target values based on P, I and D calculations according to deviations between current and set values. In some cases, due to the characteristics of the mathematical expression, a value might exceed (overshoot) the set value or take time to settle to avoid overshoot.

*3 Advanced Process Control uses a mathematical model to predict process responses and supply set values to the PID control loop in real time in order to improve productivity, quality, and controllability. It is easily applied for control to increase production, reduce labor time, and save energy. APC results in smaller deviations in data, making it possible to more closely approach the limits of operating performance (i.e., optimal performance), but it is not adept at responding to the rapid vaporization of fluids, similar chemical reactions, major changes in material composition, and changes in machinery.

*4 A three tank level control system that is used for training and experiments involving the regulation of water flow from one level to the next with the aim of controlling the water level at the lowest tank. 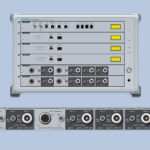 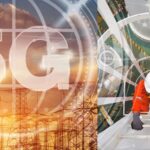