Nachi-Fujikoshi Corp. launched in 2018 the PZH Series high-pressure variable-displacement piston pumps. These devices feature high-pressure specifications, energy-saving, and low-noise suitable for the driving power sources of industrial machinery, like forging machines. The company has released PZH-2B and PZH-3B models. Further, the company has released PZH-1B in Feb. 2022, in addition to the two existing models, achieving optimum pump volume according to machine size.

To further boost the lineup, the company has recently released PZH-0B, the smallest in the series. The new model is ideal for small-capacity use, such as small industrial material measuring machines and industrial mixers. This product contributes to further reduce the size and energy of equipment.

Forging equipment, such as press machine, is used for the processing of carbon fiber reinforced polymers (CFRP) and titanium. These materials are used widely from automobiles, including electric vehicles (EV), to the aviation/aerospace fields. They are also applied in the manufacturing of multilayer ceramic capacitors (MLCCs). The demand for this equipment is expected to grow significantly. In addition, forging machines are required to be smaller and have higher output due to the increasing needs for saving space and energy.

This model operates at 35MPa, which is a common feature of the PZH-Series. It realizes continuous discharge operation. Also, machine operation is possible with long machine life and stability even under high-pressure operating conditions.

The footprint is smaller than the previous models, making it the smallest in the series. This feature contributing to the compactness, weight reduction, and cost reduction of machines. 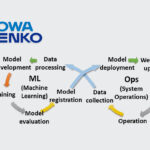