Shell Plc has picked Yokogawa Electric Corporation as the main automation contractor (MAC) for the construction of its new facility in Europe. Particularly, the automation project will involve Shell’s new Hydrogen I plant in Holland in the Dutch port of Rotterdam.

The Holland Hydrogen I plant will produce renewable hydrogen. Accordingly, it will use electricity from an offshore wind farm and will be Europe’s largest renewable hydrogen plant once operational in 2025. Meanwhile, in its role as MAC, Yokogawa will optimize operations at the plant by closely integrating its systems and equipment.

The Holland Hydrogen I plant will have a 200MW electrolyser that will produce up to 60,000kg of green hydrogen per day. Shell Energy and Chemicals Park Rotterdam will use the green hydrogen produced at the Holland Hydrogen I transported via pipeline. Particularly, this renewable hydrogen will replace the grey hydrogen used in the refinery. Hence, this move will partially decarbonize the facility’s production of energy products like gasoline, diesel, and jet fuel.

Koji Nakaoka, Yokogawa vice president and head of the company’s Energy & Sustainability Business Headquarters and Global Sales Headquarters, said they want to play a lead role in achieving closely integrated concepts. Particularly, based on the system of systems concept.

In addition, Nakaoka said, “In the hydrogen supply chain, there are individual systems for functions such as production, pipeline transport, storage, and supply, each of which is owned by a different entity…Yokogawa will continue working to realize a sustainable society.”

Yokogawa provides advanced solutions in the areas of measurement, control, and information to customers across a broad range of industries. Yokogawa addresses customer issues regarding the optimization of production, assets, and the supply chain with the effective application of digital technologies, enabling the transition to autonomous operations.

Founded in Tokyo in 1915, Yokogawa continues to work toward a sustainable society through its 17,000+ employees in a global network of 122 companies spanning 61 countries. 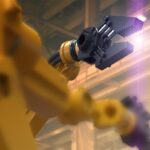 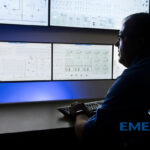 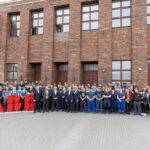