The KPCA Show (International Electronic Circuits and Packaging Show), Korea’s largest circuit board exhibition, brings together substrate, material, and equipment manufacturers from home and abroad. It was held from Sept. 21 to 23 at Songdo Convensia, Incheon.

One of the highlights is high-performance Flip-chip Ball Grid Array (FCBGA) including FCBGA for servers.

In FCBGA, the semiconductor chip and package substrate are connected in a flip chip method. Specifically, it is a highly integrated package substrate with improved electrical and thermal properties. The high-spec product is mostly used for central processing units (CPU) and graphics processing units (GPU) that exchange a lot of electrical signals. Among them, FCBGA for dual servers is known to require the most complex technology.

The FCBGA for servers is a particularly complex product. It measures about 75×75mm in size (area), four times that of general FCBGA. Additionally, it has 20 or more internal layers, twice that of general products, and is designed to process high-speed signals. The product will be in production by the end of the year.

Samsung Electro-Mechanics also showcased ultra-small high-density semiconductor substrates for mobile IT devices. Flip Chip Chip Scale Package (FCCSP) is a product that reduced the thickness by 50 percent compared to existing products. It has a coreless method that removes the core (inner support layer) inside the semiconductor substrate. Meanwhile, System in Package (SiP) in which several semiconductor chips and passive components such as MLCC are embedded in a package substrate, was also on display.

Chang Duckhyun, CEO of Samsung Electro-Mechanics, said, “The next-generation package substrate will become a platform that integrates all systems.”

SoS is a next-generation substrate technology that improves semiconductor performance by placing different semiconductor chips on a single substrate and connecting them with a fine rewiring technique.

Samsung Electro-Mechanics, which started its circuit board business in 1991, has become an industry leader that supplies products to global companies with differentiated technology. In semiconductor package substrates for high-end mobile APs, it has maintained its unrivaled leadership in terms of market share and technology.

It has been intensively developing semiconductor package substrates. In general, it has made a cumulative investment of 1.9 trillion won since the end of last year, in a proactive effort to maintain the “super-gap” technology. Samsung Electro-Mechanics is focusing on fostering the semiconductor package substrate business. It has been strengthening its competitiveness based on its original manufacturing technology, dedicated facilities, and core technologies to build ultra-slim, large-area, multi-layered, parts-integrated, and microcircuit products. 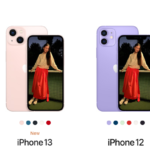 ASML to Double Output of EUV Equipment by 2025
×