Tamura Corporation announced in 2022 the TNU-CR reflow equipment, which significantly improved production efficiency. It is fully equipped with functions presumed to be desired. Specifically, these include a function to enable high-speed automatic production changeover, dual line without a traverser, equipment management using internet of things (IoT) (big data), automatic production changeover, standardized traceability, and preventive maintenance (prevention of the stoppage of the line).

The company’s most recent product is the TNV Version Ⅲ reflow soldering equipment, which features significant reduction in contamination of the inside of the furnace and has achieved dramatic productivity improvement.

In the area of carbon neutrality, Tamura targets the reduction of greenhouse gas emissions by more than 51 percent in FY2030 compared with FY2013.

According to Tamura’s preliminary calculation, TNU-CR reduces power consumption by about 30 percent from the company’s previous model.

Furthermore, it also continues to adhere to technologies under the concept of “Tamura of heating capabilities”. These include furnace structure with enhanced circulation efficiency, energy saving using air layer in terms of weight reduction, and reduction of automatic production changeover time. Also, the separated motor section and the flux recovery section, and improved maintainability through elimination of tools are also characteristics of TNU-CR.

Interface feature is also easy to use. The operation screen evolved to become a customer-friendly screen. 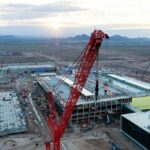 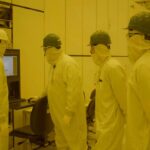