In the process of assembling electronic devices such as smartphones, there is an increasing demand for automation due to labor shortages. Kurabo Industries Ltd. has expanded its lineup of robot systems that utilize the high-speed KURASENSU 3D vision sensor released last year. The company has developed a system that automates the work of fastening board-to-board connectors mounted on many smartphones.

In a smartphone, there are about twenty board-to-board connectors in the terminal, including those connecting display and boards. Small parts have a size of several millimeters square that are difficult to align. Thus, their fastening has been a task for which the progress of automation is difficult.

In the recently developed fastening robot system, the flat dome illumination of diffused light applied to a board-to-board connector transported with different orientations and positions by a line. The KURASENSU instantly recognizes the connector in three dimensions and a robot accurately captures.

Next, the robot hand accurately grasps the tip of the connector while alignment of the position of the connectors is possible by using two correction cameras. The final fastening process requires the most difficult operation. The force sensor determines the click feeling when fastening the connectors to each other.

It takes about 10sec from object recognition to fastening. Accordingly, it can complete the process faster than any human.

“There is a tendency to often overlook the misalignment in fastening during the manual mounting stage and customers can only notice this after delivery,” said Kurabo Industries. Automation prevents poor connection and reduces the risk of returned goods.

Smartphone production in Japan has already adopted the system and is likely to replace human workforce. Accordingly, the introduction of automation systems will progress further when new models emerge.

Targets Other Applications, Too

Since its launch, the KURASENSU has developed applications such as wire harness assembly in combination with industrial robots manufactured by FANUC Corporation and DENSO WAVE Incorporated.

In October 2020, the company announced a flat cable high-speed insertion robot system using robots manufactured by Seiko Epson Corporation. It has realized the system application to

The company will aim to develop fastening of minute connectors used on boards other than smartphones and of the wiring work on boards.

Although other companies supply robots, Kurabo Industries will undertake the engineering works themselves. In addition, it will provide automation solutions as system integrator. 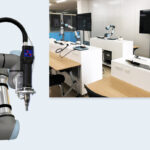 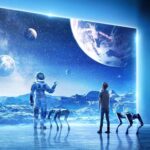 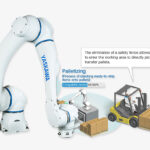