The communication between the vision controller and the robot is now always running. In addition, the robot can connect to the BPS at any time and detects the brand automatically.

while connected, the robot can call any supported requests. Particularly, BPS 1.6.0 supports adding of calibration point as well as start-and-stop solutions. Furthermore, the enhanced BPS also supports requests such as “get running solution ID” and the “get the list of available solutions”.

Support for robotic brands in this release include ABB, Fanuc, Kawasaki, KUKA,

The enhancement comes with semi-automatic calibration. In other words, after starting the calibration procedure in the BPS, the robot is able to call the “add calibration point” request. As a result, the user can write a simple robotic program to automate the calibration process. The new BPS upgrades also offer the option to visualize the workspace of the robot based on current joint limits.

Bin picking solutions are now deployable in the simulation mode. In this mode of deployment, the user can call basic bin picking requests directly from the deployment page.

This enables a simple and fast evaluation and tuning of the bin picking performance without the need to have a real robot connected.

The BPS GUI is running smoother and faster. For that reason, the execution time of several actions has decreased significantly. In addition, the deployment start-up time of a standard bin picking solution reduces to below 10 seconds and the deployment stop time takes only one second. This makes the change of the deployed solution from a robot controller several times faster than in previous versions of BPS.

Improved network settings management, which prevents conflicting settings between the BPS and the host system. Meanwhile, the Autostart feature has been replaced with automatic last state recovery. 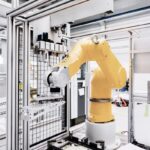 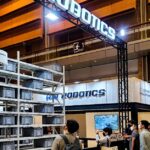 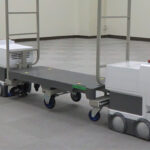