Leading the pack of advanced processors is the RTX 3800 Ti  flagship gaming graphical processing unit (GPU) based on Ampere and 2Gen RT Cores and 3Gen Tensore Cores. “The RTX 3800 Ti represents the best of our gaming line and introduced as the only way to play in 4K with RTX ON. The RTX 3080 Ti is one and a half faster than its predecessor and tears through the latest game with all the settings cranked up. It is a powerful GPU with 34 shader teraflops, 67 RT teraflops and 273 Tensor teraflops,” said Fisher. He described this as the greatest generational leap ever.

The NVIDIA Studio is designed to meet the growing need of 3D designers, video editors and photographers. It includes specially configured systems optimized for creating special workflows and supported by a monthly cadence of drivers. For 3D artists, NVIDIA created the Omniverse Machinima, making it easy to produce cinematic or animated stories with advanced real-time Ray Tracing and artificial intelligence (AI).

Building on NVIDIA’s work to enable powerful GPU instances in the cloud, Das said Google Cloud is among the first cloud service providers planning to enable NVIDIA’s powerful Base Command Platform for the management and orchestration of clusters in their cloud instances. The software is designed for large-scale, multi-user and multi-team AI development workflows hosted either on premises or in the cloud.

NVIDIA will partner with leading global systems providers to offer NVIDIA Omniverse Enterprise, making it easy for teams to collaboratively design and simulate in 3D.

In the field of security, NVIDIA is working with Red Hat to provide Morpheus developer kits for both OpenShift and Red Hat Enterprise Linux (RHEL). 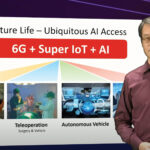 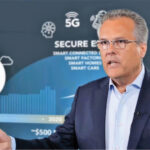