Yaskawa Electric Corporation has shown strong business performance for its robot business, centering on industrial robots.  The company has also posted strong results for its motion control business, which centers on AC servo drives, and inverters. Moreover, it has been strengthening its lineup of collaborative robots.

Specifically, the demand for robots has been expanding mainly in general industrial field, centering on electric vehicles (EVs); in 3C or computer, communication, and consumer electronics; and in the semiconductor field.

The company has been producing industrial robots at Yahatanishi Plant in Yahatanishi-ku, Kitakyushu in Japan; YASKAWA (CHINA) ROBOTICS Co., Ltd. in Changzhou, China; and YASKAWA EUROPE ROBOTICS D.O.O. in Slovenia.

Yaskawa Electric has strengths in design technology for manipulators (arms) and controllers, which are basic components of robots. In developing products, the company has also leveraged its strengths, such as industry-leading servo motors, high-speed and high-precision motion control technology, and application technology that supports various applications.

Yaskawa Electric has been promoting i³-Mechatronics, a solution concept to use digital data at manufacturing sites. In i³-Mechatronics, industrial robots are core equipment. Robots are able to make judgement and handle works. These capabilities can be further improved by applying technologies that use process data from servo motors incorporated in the robots and from external sensors.

On products, the company has been expanding its lineups of collaborative robots, along with application-optimized models.

Yaskawa Electric started developing collaborative robots on the full scale in 2018 when it released HC10DTP as the MOTOMAN-HC10DT Series. HC10DTP is a collaborative robot with a payload capacity of 10kg. It detects an external force and automatically stops. It also features a safety design with a gap secured at the arm section, thus preventing worker’s hands and fingers from being caught in the robot arm. The collaborative robot can be operated and programmed using smart pendant by simple operation. It has a direct teaching function to teach movements by directly holding and moving the arm of the robot, thereby allowing intuitive robot operation.

Specifically, MOTOMAN-HC10SDTP can handle heavy objects in the same workspace as required by human workers, realizing space-saving of facilities. At the same time, it can also be mounted on a movable cart, such as an automated guided vehicle (AGV). Moreover, it has inherited high safety and other characteristics of the MOTOMAN-HC Series, such as easy operation even by a worker who uses robot for the first time.

Yaskawa Electric will provide new automation solutions to areas where the use of conventional robots has been difficult.  Through these efforts, the company takes on the challenge of realizing industrial automation transformation. 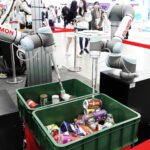 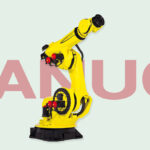