Coming built with more and more functionalities like sound and image recognition, system requirements for these IoT and edge computing devices are getting more and more complex, calling for higher performance and tither security. At the same time, device makers are calling for faster time to market, pressing core architecture makers like ARM to release flexible and scalable architectures.

Both of the two new computing architectures are the latest of ARM total solutions for IoT portfolio, following the commercial rollout of Corstone 300 for keywork recognition devices.

The Corstone subsystem is a pre-integrated and pre-validated building blocks that comes built with ARM CPU, ARM MPU and system IPs.

This subsystem is designed to help silicon partners to build mass production system for faster time-to-market.

The ARM Virtual hardware is a cloud-based chip development support platform that allows its silicon partners to build cloud-based development environment for automatic build-up and tests, enabling them to develop related software before they finalize hardware design.

The ARM Project Centauri represents Arm’s standardization effort not only to support security built-in, but also allow its silicon partners to reuse software across a wide variety of devices.

All three offerings are designed to simplify and accelerate developments of IoT devices.

ARM will keep focusing much of its resources in IoT edge device market.

The Corstone 310 is the most advanced subsystem ever available for smart thermometers, smart speakers, robotics, drones, secure system controllers, and sensor hubs.  .

At the center of the Corstone 310 is ARM Cortex-M85 that is the highest performance Cortex-M processor core ever of the M series across both traditional and ML or machine learning workloads.

The Ethos U55 is a sort of NPU that performs multiple machine learning tasks.

With ARM Cortex-A series at its core, the Corstone 1000 enables easy implementation of heterogeneous systems with Cortex-M processors, offering high performance and extreme power efficiency in a single system.

The Cortex-A processor is so scalable from Cortex-A32 to Cortex-A53 that the Corstone-1000 can address a wide verity of applications from smart wearables, gateways, and high-end smart cameras.

The Kochab will be based on Cortex-M85, and new breed of NPUs and Arm virtual hardware. The Corstone Future will be built around future generation of Cortex-M series.

The Corstone 1000 will be also upgraded and scaled up to address vision recognition applications, coming built with Cortex-A53. 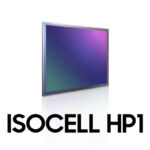 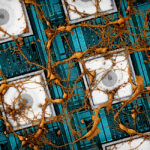