This year, NITTOKU Co., Ltd. marks its 51st founding anniversary. The company accelerates the expansion of its business to evolve from a manufacturer of automatic coil winding machines into a precision factory automation (FA) engineering company.

Using the transfer system it has developed for production lines as a platform, NITTOKU has been expanding its global business. The company aims to evolve into a precision FA engineering company by implementing the Blue Lake strategy to promote open innovation with other companies.

Nobushige Kondo, President, NITTOKU Co., Ltd., says, “It is difficult for Japan’s small- and medium-size companies to survive the global competition on its own. Opportunities for them lie in the promotion of Blue Lake strategy through open innovation with unique companies that have original technologies and manufacturing knowhow using LITs and FLEX-1.”

The Blue Lake strategy aims to create new markets and seek untapped markets in regions that have not been cultivated in the existing markets. It is compared to making lakes and ponds that do not allow the invasion of alien fish. It is derived from the Blue Ocean strategy promoted in the business book “Blue Ocean Strategy” co-authored by Professor W. Chan Kim and Professor Renée Mauborgne of INSEAD business school.

Contrasting blue ocean is red ocean, which indicates existing markets where many companies enter and conditions to fight over limited demand continue.

As part of open innovation, NITTOKU collaborates with Furukawa Electric Co., Ltd. Combining Furukawa Electric’s fiber laser technology and NITTOKU’s FA total control technology has led to the commercialization of a laser welder for motors for electric vehicles (EVs) and the construction of a production platform for EV motors.

Kondo says, “In Japan, there are many companies with superior element technologies. To enhance added values of these technologies, it is indispensable to combine technologies owned by respective companies, rather than pursuing a single company’s technologies. It is important to provide those technologies as systems that meet the needs of the global market, instead of providing individual products.”

“The collaboration with Furukawa Electric is part of the Blue Lake strategy. We would like to cultivate both lakes and ponds by combining Furukawa Electric’s materials, such as wires, and our company’s production equipment,” notes Kondo.

The FLEX-1 FA platform is a modular transfer system for production lines and adopts a linear motor. NITTOKU has collaborated with Yamaha Motor Co., Ltd. to develop the system and adopted Yamaha Motor’s linear conveyor module. The modular transfer system operates as a variable-mix, variable-volume production, and has a dedicated mass-production lines by combining various types of production equipment, including SCARA robot, multiple-axis articulated robot, dispenser, measuring instrument, and vision system. IC tags can be attached to objects for transfer to include production history data and other information of the objects.

To expand its FA system business, NITTOKU has already augmented the production at Fukushima Factory in Iinomachimeiji, Fukushima in Japan, which is also the company’s main factory, and at Nagasaki Factory in Nagasaki Prefecture. The company has also increased production in China through a new production base in Changzhou, thus expanding bases globally.  The company also plans to make an inroad into Mexico, where major Japanese automakers are operating.

NITTOKU has also developed an intelligent tag system that realizes smart factories, and has been promoting the wide use of the system. 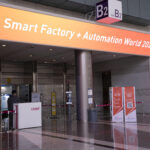 FUJI Rises up to Automation Challenge with FSF 2.0 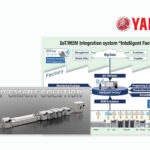