Initially entering the European market in 2019, Geek+ has successfully deployed projects in over 30 countries. This includes over a dozen in the Britain alone, with major retailers, ecommerce providers and third party logistics players. Warrington joins Düsseldorf, San Diego, Tokyo, Seoul, Hong Kong, and Singapore in hosting a Geek+ regional headquarters.

Brian Lee, Head of UK at Geek+, described the opening of the UK headquarters as a momentous day.

“The UK is home to some of our most exciting projects, including large scale automated parcel sorting and multi-site goods to person robotics deployments. Logistics operators here, and retailers in particular, recognize the game-changing value brought by autonomous mobile robots, and are eager to upgrade their operations.”

The Sci-Tech Daresbury business park is an ideal setting for Geekplus. Particularly, the company joining some of the most exciting and innovative companies in the UK. At least 30 Geek+ employees will initially man the new regional headquarters.

Simon Houghton, Geekplus’s UK Head of Sales, said, “I’ve been on this journey with Geek+ for three years, and I have seen exciting projects across this whole country. This office gives us a central hub where we can show people what we do and how our AMRs can take their businesses to the next level.”

Open to all visitors, the demonstration center is the showpiece of the new office and includes a selection of Geek+’s AMRs. The robots showing off their skills are the flagship goods-to-person P-800 picking robot, best suited to connecting inventory with warehouse employees; the award-winning RoboShuttle, which enables high-density storage solutions; and the S-20C, a sorting robot capable of connecting the disparate elements of a production or distribution line.

Moreover, Sci-Tech Daresbury features yet another world-leading company as a part of the community. Hence, the Geek+ UK team looks forward to greeting everyone into a safer, more efficient, brighter future. 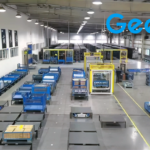 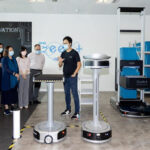 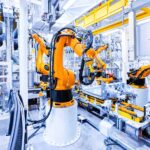 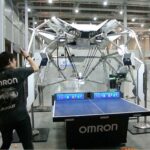