The Thai government has been unwavering on its goal to attract more investors and harness its investment potentials as Southeast Asia’s automotive hub. Particularly, the government has unleashed more incentives to boost new energy vehicles such as electric vehicles, bolstering not just the supply ecosystem but also the demand network.

In an interview with AEI, Chanin Khaochan, Deputy Secretary General, Thailand Board of Investment, the automotive segment has been one of the primary drivers of the country’s electronics exports. However, he said, “The trend and demand of automotive are going cleaner. They (consumers) need clean mobility and that is why our policy is to encourage more investors to Thailand on the platform of producing EVs and exporting EVs.”

At the same time, Khaochan said there is a need to encourage the Thai people to shift from engine car to EVs.

Like any other markets, Thailand’s economy suffered at the height of the COVID-19 pandemic. Nonetheless, the southeast Asian economy started to post growth after it opened its economy since last year.

Most importantly, Thailand continues to retain its grit as investment haven in the region. For the first half of the year, it received 784 investment applications. This represents an increase of 4 percent year-on-year, for a combined investment value of 219.7 billion baht (US$6.2 billion).

The automotive and digital sectors saw the highest growth rates during the six-month period. Particularly, EV applications contributed to place the automotive sector on top in terms of investment value with a combined 42.4 billion baht or an increase of 212 percent over the year earlier period.

Khaochan said at least for this year alone, EV investment applications comprised approximately 30 percent of the total, and if to include the other automotive fields, such as parts and components production, the ratio might be bigger. For that reason, Khaochan said the government wants to take advantage to further stir potentials of the EV segment for the country’s investment.

For the demand side, Khaochan said the government will support Thai consumers who would opt to buy EV cars, with subsidy up to 150,000 baht per car for 2022 and 2023. For the supply side, he said the government through BOI has laid down several corporate tax and non-tax incentives to encourage manufacturers to bring produce EVs in Thailand. First, manufacturers who would bring in investments of more than 5,000 million baht (US$135 million approximately), they can get up to 8 years of corporate tax incentive. In addition, if a manufacturer sets up the required research and development (R&D) spending, it can get additional 5 years of tax incentives.

These corporate tax incentives will be on top of the usual non-tax incentives they provide to manufacturers, such as import duty exemptions on machineries and raw materials. Furthermore, the Thai government is also reviewing to drastically lower excise tax on import of batteries for EV use, from the current 10 percent to 1 percent. The government will also roll out maximum incentives for the establishments of charging stations in highways.

Best of all, aside from keeping the automotive industry afloat, the bigger purpose of all these government efforts, Khaochan said, is to reduce C02 emissions. This is akin to the government’s zero-emission-vehicle policy and ensure 30 percent of Thailand’s total auto production by 2030 are EVs.

“The bigger purpose is to reduce CO2. This is a commitment from our Prime Minister at COP 26,” said Khaochan, referring to the 2021 United Nations Climate Change Conference. In addition, Khaochan said, “This is a challenge that we have to do and we do not only promote use of EV car but also do other things like reduce electricity generated by fossil fuel and promote 50 percent renewable energy.”

Aside from automotive, Khaochan said the government is stirring innovations to various industries to propel the use of electronics. “It could be through smart factories, we encourage them (factories) to install automation.”

For the first half of the year, Taiwan was the main source of FDI applications during the period with 19 projects, worth a combined 38.5 billion baht (US$1.04 billion), accounting for 30 percent of FDI project value. Next came Japan, which has 16.9 billion baht (US$457.14 million) and China, with 15.5 billion baht (US$419.27 million). Furthermore, other major sources of FDIs are United States and Singapore.

Khaochan said the Japanese has always been an important investor country in Thailand. In fact, he said Japanese investors are often the primary source of Thailand FDI applications.

“Japanese has always been an important investor in Thailand. We can say, Thailand’s economy has developed because of our good Japanese partners for many years now,” said Khaochan.

Thailand’s Eastern Economic Corridor (EEC) plays a significant role in pump-priming the country’s investment potentials and the area serves as connectivity point from the southeast Asian region to the rest of the world. The EEC project initially focused on the 3 eastern provinces, namely Rayong, Chonburi, and Chachoengsao. The EEC development plan envisages a significant transformation of both physical and social development, plays an important role as a regulatory sandbox uplifting the country’s competitiveness.

The EEC is part of the Thai government’s 20-year strategy for the country to achieve high-income status by 2036. The strategy, locally known as “Thailand 4.0,” takes cue from the concept of Industry 4.0 and aims to transform the country as an innovative, value-based with focus on 12 fields such as automation and robotics, aviation and logistics, biofuel and biochemicals, and digital. 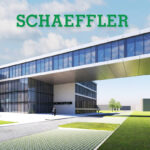