In its Power Electronics System Industry Business for FY2021, Fuji Electric Co., Ltd. has been focusing on the expansion of its overseas business, centering on China, India, and other parts of Asia. Leveraging its strength of in-house production of semiconductor devices, including insulated gate bipolar transistors (IGBTs), the company has also been stepping up the development of robust components as well.

Fuji Electric has been deploying its Power Electronics System Industry Business globally, with automation, such as motion and process control systems; social infrastructures, such as ships, railways, automobile, etc.; facility construction, such as construction work for electricity and air-conditioning facilities; and IT solutions as its business domains.

Forecasting the market environment in FY2021, Fuji Electric endeavors to achieve its medium-term management goals through FY2023, strengthening of corporate structure, and the acceleration of research and development (R&D). The company noted the demand has been recovering mainly in the semiconductor field and for cases of brisk exports for machine tools.  Demand in China will continue to increase steadily in FY2021 as the Chinese government’s infrastructure project has helped increase investments.  Although demand in Southeast Asia varies from country to country, Fuji Electric expects growth as it is rebounding from the decline of the previous fiscal year.

In the automation field, Fuji Electric aims to strengthen its overseas business mainly in China and India. In China, creation of target industries to incorporate the Chinese domestic demand has been advancing, and the collaboration with high-voltage motors manufacturer Shanghai Electric Group Company Limited has been making progress. Fuji Electric promotes the acquisition of Chinese domestic demand and cases of exports to countries in Asia and the Middle East by promoting set equipment of Shanghai Electric’s products and the company’s high voltage inverters.

In India, Fuji Electric founded in 2009 a sales company Fuji Electric India Pvt. Ltd. (FEI) and set up a factory for low-voltage inverters on the premises of FEI in 2016. In the same year, the company established Fuji Gemco Private Limited (FGEM), a joint venture company with a local company to bolster engineering.

In March, the company released a new series of the FRENIC-MEGA low voltage inverters, which feature an industry-leading current response of 1,000Hz, speed response of 200Hz (about two-fold of the company’s previous product), and enhanced production efficiency.  Aside from these efforts, the company has been bringing to market unique products, including railway vehicle doors, new monitoring control system, electrical components for railways, marine vessel system, water circulation system, power conditioning system for photovoltaic power generation systems, and on-site diagnostic system, in stages.

Fuji Electric also plans to begin local production in the United States and France in FY2022. 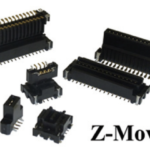 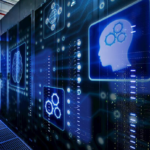 ABB Eyes AI to Cut Energy Use of Data Centers 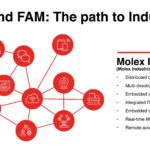