Toshiba Electronic Devices & Storage Corporation said it will construct a new back-end production facility for power semiconductors at its Himeji Operations – Semiconductor. The planned facility will rise in Hyogo Prefecture in western Japan.

Accordingly, the construction will start in June 2024, with production scheduled to start in spring 2025. Most importantly, the project will more than double Toshiba’s automotive power semiconductor production capacity at Himeji, against fiscal 2022.

Power devices are essential components for managing and reducing power consumption in all kinds of electronic equipment. Furthermore, they also play role for saving energy.

The progress of vehicle electrification and the automation of industrial equipment will continue down the road. For that reason, Toshiba has decided to meet this demand growth with construction of the new back-end facility.

Established in 1982, Toshiba’s Himeji Operations – Semiconductor now employs about 1,400 employees. Its main product outputs include are discrete semiconductors, such as power semiconductors and small-signal devices. 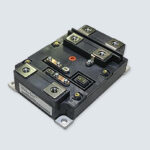 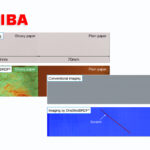