Samsung Display has developed a new breed of OLED display panels that displace a conventional polarizer to greatly improve light transmission rate by 33%.

The technology innovation translates into a 25% cutdown in the power consumption.

The world’s largest small OLED maker said that it has restructured its OLED panel to stack a polarizer film on the panel itself to prevent the light reflection in what .

The result was a 33% better light transmission, the company said, compared with the conventional OLED technology.

The polarizer film is to focus wild vibrations of natural light into one single direction to shed them across a panel. The conventional technology is to put a polarizer film on a panel.

The disadvantage of the conventional technology is a poor light transmission rate, as the light tends to lose 50% of its natural and true brightness when it passes through the polarizer.

Samsung has trademarked this technology as Eco2OLED in 7 countries, including Korea, Japan, China, UK, and U.S. 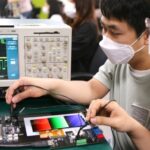 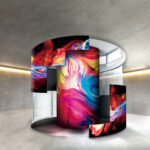