Electronics manufacturer and service provider Hon Hai Technology Group has moved to acquire the 6-inch wafer fab and equipment of non-volatile memory (NVM) manufacturer and integrated device designer Macronix International Co., Ltd. located in Hsinchu Science Park. The transaction, which was formalized through the signing of the Asset Transaction Agreement between the two companies, is valued at NT$2.52 billion (US$90.4 million) and is expected to be closed by the end of 2021.

“SiC MOSFET is an important device for EV, while EV occupies the No.1 position in Foxconn’s 3+3 strategy. The 6-inch wafer fab will function as S Business Group’s headquarters in Hsinchu, the world-famous semiconductor cluster, enabling closer partnership with the semiconductor companies based in the Hsinchu Science Park”, he added.

Macronix’s Wu said the company would focus on its 12-inch wafer business, especially R&D and manufacturing of advanced 3D NAND flash and NOR flash products for them to enhance advanced technology and global competitiveness.

“Macronix is pleased to see the subject 6-inch wafer fab continue to make its contribution to Taiwan as Foxconn commits to have the fab be used as an important base for Foxconn to reinforce its semiconductor development plan and to meet the demand of electric vehicles,” said Wu.

“Considering that Macronix is advancing to take the lead in the global automotive electronics market, a closer collaboration between Macronix and Foxconn in the near future may be anticipated”, he added. 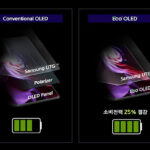