PT.SIIX EMS INDONESIA (SEK), the subsidiary of SIIX Corporation in Indonesia, has completed the construction of its second building at its existing plant.

SEK is the company’s second manufacturing plant in Indonesia. It has been operating in Karawang Industrial Park, Karawang Province in West Java near Jakarta since 2011.

Recently, the demand for electronic circuit board mounting has been increasing particularly for electrical components in motorcycles and automobiles. SIIX has decided to build a second building in the same factory to seize the growing business.

SEK has a total floor space of approximately 26,000m2; of which the first building has 11,000m2 and the newly completed building has about 15,000m2. With the new building, the number of production lines can be quadrupled to 40 in total, ensuring sufficient capacity for future business expansion.

Indonesia has been drawing attention as a production site that aims to become the next China. With a population of 270 million, Indonesia is a domestic demand-oriented economy with strong consumer spending and high economic growth potential. 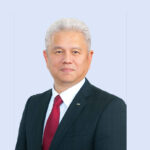 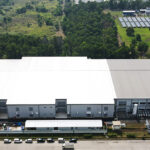