TDK Corporation has expanded its tried-and-tested range of CeraLink capacitors. Previously, only large, ready-to-fit sizes were available. Now, smaller versions with the classic chip design are included in the portfolio in order to increase the areas of application.

The new portfolio starts with the EIA 2220 size, measuring 5.7 × 5 × 1.4 mm and is intended for 500V. It offers a capacitance of 250nF with very low parasitic coefficients. The new capacitors with ordering code B58043* are available with both standard and soft termination.

TDK will add further designs and voltage classes in the future.

The new capacitors with smaller designs are typical used as either snubber or output capacitors. Due to its smaller dimensions, the new CeraLink SMD variant can be placed even closer to fast-switching power semiconductors, like insulated-gate bipolar transistor (IGBT) modules, SiC-based or GaN-based semiconductors. Alongside the low ESL values, the lead inductance is kept very low.

CeraLink capacitors are based on PLZT ceramics (lead lanthanum zirconate titanate). In contrast to conventional ceramic capacitors, their maximum capacitance is at operating voltage. It even increases as the proportion of the ripple voltage increases. 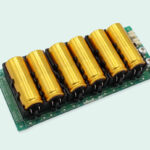 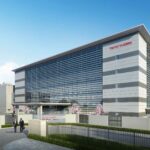 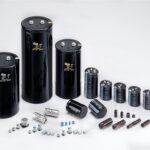 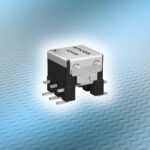