All-solid-state battery (ASSB) technology pioneer Ilika Technologies Ltd. and automation leader Comau have completed a study to manufacture oxide electrolyte-based solid state technology at an approximate scale of 100MWh per year. The one year study of manufacturing machines and processes for electric vehicle battery production is funded by the U.K. Government.

Julian Hetherington, Automotive Transformation Director at the Advanced Propulsion Centre (APC), said, “The U.K. has a long legacy of automotive manufacturing success and the industry now needs to scale up, at pace, to net-zero emission technologies. We are delighted that the funding awarded to Ilika and Comau through the Automotive Transformation Fund (ATF) has successfully supported collaborative product and manufacturing process development that can unlock routes to subsequent investment in scaled-up facilities.”

In particular, Comau supported Ilika in developing both a lab-scale and industrial manufacturing process. The company has utilized existing technologies and machines that require small customization, thus reducing investment for customers. For technologies not available, Comau has developed some concepts of processes and machines to be industrialized in the second phase of the project.

The study identified that the majority (2/3) of all-solid-state cell production steps can be achieved on standard or lightly customized machines equipment. These machines are currently used in the production of conventional liquid electrolyte-based lithium-ion batteries and other markets. It also identified a small number of process steps where specific ASSB machine development is required.

Ilika’s project falls right into Comau’s long-term strategy and plan for solid-state battery production. Eventually, this validated the series of manufacturing steps that Comau has plans for in the future.

Comau and Ilika combined their respective knowledge of products and processes over the course of the project. The study phase was finalized. Now, the two companies have defined a flexible roadmap to achieve the target outlined in Ilika’s perspectives towards mass production levels. Comau will support Ilika in the future with all aspects intended to develop in battery industrialization.

John Coombes, Managing Director of Comau UK, stated, “This project represented an integral part of the Comau Journey in Electrification. This was developed with a joint team of the internal Battery Cells Global Competence Center, in Turin, and Comau UK. We are proud of the collaboration we have had with Ilika and the APC, and also the ability to demonstrate the value our capabilities can contribute in this field.”

Specifically, Ilika’s production scale-up will be in three stages. The first step, currently underway, will be to scale to 2MWh per year by the end of 2023. This will be achieved by enlarging its current facility in Hampshire, U.K. The Ilika-Comau funded-study focused on a 100MWh-level capability. In the future, the continuation of this work between the two companies will feed into Ilika’s second scale-up step. The third step, at GWh or gigascale, will take place once the 100MWh facility has been exercised.

Ilika’s Goliath ASSB technology for electric vehicles has the potential to improve pack-level energy and power density. It enables fast charging below 20 minutes and operation to higher temperatures than conventional lithium-ion batteries.

Graeme Purdy, Ilika Chief Executive Officer, stated, “This project has successfully validated Ilika’s scale-up plans for its Goliath technology. Particularly, it highlighted some important cost-saving benefits at higher volume production levels, which pave the way to gigawatt scale manufacturing. Working with Comau, one of the world’s leading designers of innovative engineering solutions, has delivered a robust plan to scale-up Ilika’s manufacturing capability for Goliath solid state batteries to the next level.” 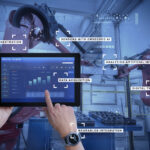