Toshiba Materials Co., Ltd. has made major investment in a new manufacturing facility for silicon nitride balls. It will rise on the same site as its headquarters in Yokohama in Japan.

Particularly, the project has a budget of approximately US$38 million with planned production start in November 2023. As a result, it will be able to increase its capacity by 50 percent against FY2021.

Continued advances in automobile electrification requires solutions that go beyond higher voltage batteries and shorter charging times. First, one measure to reduce costs and improve performance is the integration of motors and inverters. Although this increases risk of electrolytic corrosion [1] in motor bearings [2], the problem can be overcome with hybrid bearings, which replace standard steel balls with ceramic balls with steel inner and outer races. Advantages of high reliability, excellent strength and superior wear resistance are increasingly positioning ceramic balls as the solution of choice.

Toshiba Group has long recognized the potential of fine ceramic products. In fact, it won basic patents for silicon nitride compounds as early as 1974. Presently, Toshiba Materials, which spun off from Toshiba in October 2003, continues to advance R&D and manufacturing of silicon nitride balls. They value reliability and for delivering the highest mechanical performance of any silicon balls.

Furthermore, experience and record of success in bearing balls that meet demands for high speed rotation and anti-electrolytic corrosion, including machine tools, wind power generators and rolling stock, have won the company about 50 percent of the world market[3]. The company saw significant increases in demand for bearings for electric vehicles. For that reason, Toshiba Materials has decided to make this significant investment in increasing capacity.

The new production facility will rise on the company’s headquarters site. Particularly, it will demolish an old, no longer in use building to make way for it. The new manufacturing facility should be seen as the first phase of expansion, and Toshiba Materials is already considering further expansions to meet future demand growth.

Toshiba Materials will continue stable supply of high quality products. Hence, will contribute to increased use of environment-friendly electric vehicles.

Toshiba Materials’ silicon nitride balls has diverse features that can meet demands of diverse applications, particularly electric vehicles. In fact, the low-density product, which comes less than half the weight of a steel ball, has high heat resistance.

1 Electrolytic corrosion: damage to a bearing caused by a current flowing through it.

2 Bearing: A part that allows a shaft to rotate smoothly in a machine. Formed with an inner race, balls, and outer race. 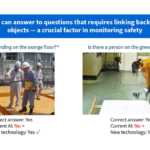 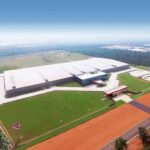 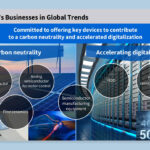