Modern SMT production equipment, such as the SIPLACE placement machines from ASMPT, comes with outstanding accuracy and process stability. In addition, high-precision positioning systems and slip-free off-belt drives with linear motors make sure components land exactly in their predefined location.

However, even the best mechanics reach their limits under sub-optimal conditions. This results in bent or cracked components or faulty solder paste deposits, or debris contaminating circuit board. A “blind” machine is unable to detect such problems – it assumes that everything is perfect and turns out scrap.

Therefore, optical systems that check the condition of boards and components before, during and after the placement process are therefore just as important for quality and yield as the mechanical components.

“You cannot have world-class equipment without a world-class vision system if you want to produce even the smallest PCBs efficiently and without flaws,” says Jérôme Rousval, Solutions Marketing Manager at ASMPT.

2D inspection: One Image per Component

“The inspection of components has made tremendous progress in recent years,” says Rousval. “We can detect much more than merely outlines today.” To accomplish this, SIPLACE placement machines move each component past a camera. As a special feature, the vision system takes a separate image of each component with individually configurable lighting.

Hence, the system can check whether the placement head is holding a component held face-down or excessively tilted, or whether pin 1 will wind up in the wrong position. Furthermore, since the high-resolution system can also detect cracks in dies, faulty or damaged chips can be registered and discarded to avoid expensive scrap.

The images of the rejected components can be stored for subsequent analyses. Before components are picked up, the system also measures any offset from the component’s center so that the distance can be automatically compensated for during the placement process. If the deviation exceeds the programmed tolerance, the component gets rejected.

ASMPT puts even more effort into the inspection of odd-shaped components (OSCs), most of which also require a through-the-hole (THT) placement. A missing or slightly bent wire will lead to an incorrect placement and a subsequent malfunction, making the board unusable in the worst case. The dimensions of OSCs tend to be a challenge for the vision systems in placement machines.

In many cases, it takes more than one image to capture them in their entirety. Many OSCs and THT components also have unfavorable optical properties at the tip of the pins or reflections which make accurate measurements with conventional 2D images difficult or even impossible. In addition, it is often difficult for pure 2D systems to determine whether pins are really bent because a pin that is bent toward or away from the camera often looks just like a straight pin.

Where 2D imaging is insufficient for an exact component inspection, ASMPT systems create 3D images. The process is similar to the way human eyes create stereoscopic images. The SIPLACE vision system generates two spatially offset 2D images and uses a special algorithm to combine these into a 3D image, which can then be compared to the preprogrammed target status.

This approach makes it possible to inspect even complex components with great flexibility and efficiency. What makes ASMPT’s systems special: a single camera takes both pictures while the component is moved between the two shots – an approach that saves time and money.

To further enhance the optical control and thus the process’s reliability, up to six different lighting levels can be deployed, depending on the camera system. An automatic illumination optimization system handles the camera settings because the SIPLACE vision system wants to make the user interaction as easy as possible. Each level can in turn be adjusted in levels ranging from 0 to 255, making trillions of lighting variants possible. The Automatic Illumination Optimization module ensures that each component is optimally lit. “With these 3D measurements, we are currently unrivaled in the market,” says Rousval.

For the teaching process – i.e., the programming of the target state – ASMPT provides an extensive online database from which component data can be retrieved. Teaching new or special components that are not yet included in the online database can be done with the machine’s component camera or offline with the SIPLACE Vision Teach Station. Since the Vision Teach Station uses the same camera systems as the SIPLACE machines, it features all the vision-related benefits of the industry-leading placement solution while allowing the production line to keep running uninterrupted.

Another time-saver: For large, heavy and complex components, SIPLACE SX machines allow special programming with Automatic Acceleration Optimization. The system picks up the component several times and moves it to its intended position. With each cycle, it increases the speed and uses the vision system to check the component’s alignment. This way, the machine determines the highest speed with which the component can be placed without hurting its process stability. SIPLACE placement machines go even further with their smart process control. If they determine based on log files and various automatic measurements that the placement process falls outside the standard, they automatically trigger the PCB inspection process. This ensures excellent placement quality while keeping cycle times short.

“Flaws on the board itself are another trouble variable during the placement process,” explains Rousval. “That’s why ASMPT offers also for this process an inspection system that can be easily retrofitted via software without having to invest in more hardware.”

The OnBoard PCB Inspection software from ASMPT uses the circuit board camera that is already installed in each SIPLACE placement machine to recognize and analyze fiducials on the board. Since this camera has a ring light with four controllable segments, it can take four pictures of the area being inspected with the light source rotated 90 degrees for each shot. Using smart algorithms, the software uses these images to compute a 3D image that contains precise height information. This makes details visible that other less sophisticated inspection systems keep hidden.

“This 3D inspection is particularly useful for electronics manufacturers who don’t have a separate SPI system but still want to take a closer look at particularly relevant solder paste deposits before components are placed on them,” explains Rousval. This is followed by a check for debris or dirt. After the placement process, the same system can be used to check the components’ presence and position.

Each optical quality inspection is based on a perfect sample PCB, which is stored as the “golden sample”. If the program detects a deviation from the tolerance window before, during or after the placement, it stops the process for that board and alerts an operator for an assessment of the situation.

Fault Detection: The Sooner, The Better

“The OnBoard PCB Inspection cannot fully replace standalone SPI systems or final end-of-line inspection systems,” concedes Rousval, “but the software is a cost-efficient and easy-to-retrofit tool for checking particularly critical areas without having to invest in additional hardware. This includes BGAs or components that require a shield after their placement and therefore become obscured for normal end-of-line inspection systems. As a rule, the earlier you detect a problem, the less effort and cost it takes to fix it. For this reason, early quality control in the placement machine is an effective means of reducing faults and costs.”

Rousval sees the future of vision systems in the integrated interaction of different sensors and measurement methods. ASMPT machines already monitor the flux application and inspect components in the tape or tray to prevent process errors or detect a tape jam. On machines with Smart Pin Support, they also check the pins for the correct height. “And if the vacuum sensor in the pickup nozzle reports a value that’s too low or too high, it triggers an automatic optical position and status check for the respective part,” explains Rousval. “In a smart process control system, the whole is much more than the sum of its parts.” 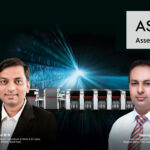 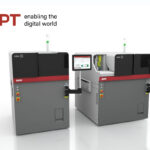 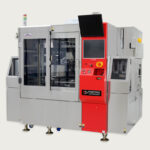 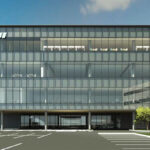