LG Chem signed a memorandum of understanding (MOU) with the state of Tennessee to establish a new cathode manufacturing facility in Clarksville with an investment of more than US$3 billion.

The new plant in Clarksville, Tennessee will be the largest of its kind in the United States. It will cover 420 acres with a production target of 120,000 tons of cathode material annually by 2027. This scale could power batteries in 1.2 million pure electric vehicles with a range of 310 miles (500 km) per charge. Construction of the plant will begin in the first quarter of next year with mass production to start in the second half of 2025. Mainly, the Tennessee site will play a critical role in LG Chem’s strategy to increase its battery materials business including cathode material fourfold from KRW 5 trillion in 2022 to KRW 20 trillion by 2027.

“The new cathode manufacturing facility in Tennessee brings us one step closer to becoming the world’s best battery materials manufacturer. It will fulfill our corporate vision to become a top global science company,” said CEO Shin of LG Chem. “This site will be the North American manufacturing center of excellence for the cathode supply chain. Also, it will lead to the creation of many well-paying jobs, contributing to the local economy in Clarksville.”

For LG Chem, Tennessee was the best choice due to its proximity to key customers, ease of transporting raw materials and active cooperation of the state and local governments. The Tennessee facility allows LG Chem to proactively address the changing dynamics of the global battery material market and with legislation such as the Inflation Reduction Act (IRA). In addition to the benefits realized by investing in manufacturing on U.S. soil, LG Chem envisions the Tennessee site being the supply chain hub where material and recycling partners work together to supply global customers.

Specifically, the Tennessee plant will feature LG Chem’s most advanced production technology including the ability to produce more than 10,000 tons of cathode material per line, the industry’s highest. LG Chem applied this technology for the first time to its fourth cathode manufacturing site in Cheongju, South Korea with much success. The company also plans to implement its smart factory technology in Tennessee to automate the entire production process. It aims to establish a quality analysis and control system that will be the benchmark for all other cathode plants in the world.

The new facility will be designed with the environment and future needs of clean energy in mind. LG Chem will collaborate with power suppliers in Tennessee to respond to the demands of customers, including battery and electric vehicle manufacturers, for more renewable energy sources. Operation of the new facility will rely completely on renewable energy provided by solar and hydroelectric power.

“LG Chem’s decision to invest US$ 3.2 billion in Clarksville is a testament to Tennessee’s unmatched business climate, skilled workforce and position as a leader in the automotive industry,” said Tennessee Governor Lee. “I thank this company for creating more than 850 new jobs to provide opportunity to Tennesseans across Montgomery County.”

Commissioner McWhorter said, “This is a big win for Tennessee and Montgomery County. LG Chem’s decision to locate its new cathode manufacturing facility in Clarksville underscores Tennessee’s growing profile as a hub for U.S. and global companies. As we continue our efforts to attract companies in the automotive industry, we are focused on supporting companies that boost Tennessee’s presence in the EV space. I appreciate LG Chem for its substantial investment in Clarksville and look forward to building a successful partnership with the company in the years ahead.” 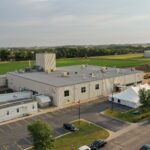 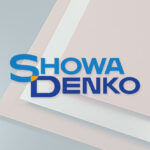 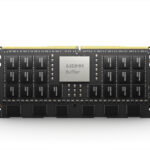