Amid issues hounding the semiconductor industry, including the trade friction involving United States and China, related industries are showing potentials. Materials such as wafers and components supporting stable shipment are also important.

Denka Company Limited aims to expand its market based on relevant technologies, such as inorganic materials, which it has cultivated over a hundred years since its foundation. The heat-dissipating material, silicon nitride, of the company has excellent thermal conductivity, strong wear resistance, and high reliability, and is highly evaluated in applications of structural materials for semiconductor manufacturing equipment, etc. It is also useful for heat dissipation boards for in-vehicle drive inverters and bearing balls for wind power generation.

In 2020, the Denka Company announced plans to increase the capacity of producing base powder of silicon nitride at its Omuta Plant (Fukuoka Prefecture). The production increase is expected to be about 30 percent and is scheduled to start in 2022.

Important issues in these fields are strengthening of measures against static electricity and the prevention of contamination by foreign substances such as dust. If some parts adhere to the cover tape due to static electricity, imperfect mounting of parts to the circuit board is likely to occur. Furthermore, mixing with foreign matters deteriorates the performance of the parts.

The strength of the company lies on its ability handle everything from the design and development of the sheet film material to its mass production. The sheet can protect parts with its stable conductivity and antistatic properties. It can have various functions depending on the parts to be transported. It has high strength and can be made thinner.

In addition, spherical silica for encapsulants has the largest share in the world as a spherical filler. This product corresponds well to the demand for miniaturization of the circuit line width, ultra-micronization of particles, and thorough removal of foreign matter.

The spherical silica is produced based on the high temperature melting spheroidizing technology cultivated since the establishment of the company. This technology can produce highly uniform products by controlling the particle size down to the scale of micrometers. It is also used for various semiconductor packages. It contributes to reduction of the thermal expansion and improvement of the dimensional accuracy.

In the future, the company intends to actively develop new materials in the field of environment and energy in a broad sense. 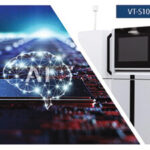