Information technology (IT) companies in trial demonstrations have started to bring to market low-cost products that enable the implementation of local 5G.  However, struggle among IT companies for leadership over local 5G as an infrastructure that drives digital transformation (DX) of companies will likely intensify.

“The time has come (for local 5G). They are beginning to advance growing out of the trial demonstration level,” said a statement from the Digital Network Division of NEC Corporation.  At a recent news conference, NEC announced that the company would release a new product that integrates devices necessary for the installation of 5G base station into a single unit. The new product, UNIVERGE RV1000 Series, highlights ease of installation although communication range is smaller, as opposed to existing separate type that consists of multiple devices. Nonetheless, it costs less than half of existing products.

RV1200 supports sub-6Ghz frequency bands. It comes in A4-size and weighs about 3kg. Use on a single floor of stores, public facilities, and office buildings is assumed. Combined with the peripheral system, it is available from ¥4.98 million (US$43,145), excluding tax. Specifically, it is the first integrated base station that supports Sub6 frequency bands to be released in Japan.

NEC has conducted a series of demonstration experiments through collaborations with other business sectors to achieve local 5G package.

Since 2020, NEC has collaborated with Konica Minolta, Inc. and RICOH Co., Ltd. NEC recently announced it has co-developed with Konica Minolta a high-efficiency automatic control system that enables automated guided vehicles (AGVs) to detect obstacles and shortens the detour distance in a local 5G environment.

Earlier, Konica Minolta’s research and development made a demonstration at its base in Takatsuki in Japan’s Osaka prefecture. Particularly, the demonstration showed how the AGVs stop when it detect obstacles about two meters ahead. Without the obstacles, AGVs automatically resumed travelling.

Currently, demonstration experiments focused on the use of two AGVs. In the future, the companies will increase the number of AGVs and deploy them at their production bases as well.

For Detection of Railway Defects

Meanwhile, Fujitsu Limited started providing in December 2021 a starter kit in a package of Network PW300 base station that enables users to start local 5G at small scale with ease. Particularly, the company has configured three functions, including data transmission and reception and network monitoring control. They come on a single server through virtualization, thereby reducing initial installation cost to one third of the conventional base stations. Furthermore, it enables users to construct private wireless networks outdoors and indoors.  Expansion and upgrading of the system through the addition of a server is also easy.

In addition, Fujitsu has also started demonstration experiments to use local 5G for abnormality detection of railway tracks and driving support of electric trains. The company did this in collaboration with Sumitomo Corporation and TOKYU CORPORATION.

The demonstration experiment, conducted at Jiyugaoka Station of TOKYU, made use of high-resolution 4K cameras in railway cars and platforms of the station. Artificial intelligence (AI) analyzes images transmitted using local 5G. The companies target to improve the efficiency of tasks visually conducted by train personnel, such as rounds of railway tracks and signaling of the closure of train car doors.

From Factories to Agriculture

In the agricultural sector, Fujitsu collaborates with a tea manufacturer in Kagoshima Prefecture. They are working to save labor and improve productivity through remote automatic operation of farm machines and online analysis of images shot by drones using local 5G.  Tomonori Goto, Senior Vice-President, Director of 5G Vertical Service Office, Fujitsu Limited, said, “The use of digital technology at farms and construction sites has the best affinity with 5G. We would like to create new values by using AI and robotics in the sector where digital technologies have yet to penetrate.”

Local 5G excels in security and stable communication. It has been bringing technological innovations to factories, and agricultural and construction sites where the installation of high-speed communications has lagged behind. The spread of the base means the intensification of the scramble for markets and development race.

Local 5G takes advantage of 5G’s functions of high-speed and large-capacity, low signal latency, and simultaneous connection of multiple terminals to cover wider areas than Wi-Fi.  While it ensures high information security without being affected by external environment, installation cost and procedures offered challenges as a base station consists of multiple devices.

The Ministry of Internal Affairs and Communications started accepting applications for local 5G service licenses in December 2019 to encourage local municipalities and companies to use local 5G. Furthermore, in December 2020, the Ministry institutionalized Sub6 frequency bands that enable high-speed and large-capacity communications. 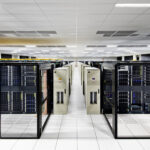 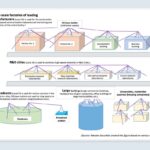