In response to market expansion, THK Co., Ltd. has been building up its production system. In particular, the demand for the company’s linear motion guides (LM guides) and actuators has been increasing. This resulted from expansion of electric and electronic equipment, machine tool, general-purpose industrial machine, electric vehicles (EVs), and robot markets. Thus, the company bolsters production in overseas plants and promotes local production for consumption in Japan market.

“Although the lockdown in China affected the business, EVs and electric and electronic equipment have been selling well. Manufacturers have been advancing in-house production of industrial equipment, including semiconductor manufacturing equipment. At the same time, their technological levels have improved. Consequently, they tend to produce equipment with higher added values. This has led to the increased demand for our company’s products,” says Hoshino.

THK has been expanding its production facilities to meet the growing demand. In Japan, it has added a factory building at THK Niigata Co., Ltd., with completion slated for November. Specifically, the 7,000sq.m factory will produce ball splines.

Additionally, the company’s new plant THK India Pvt. Ltd. started operation in November 2021 producing LM guides. It stands on a 205,000sq.m lot and has a floor area of 37,000sq.m after the first phase of construction. THK plans to expand the Indian Plant to become its main plant in the future.

Meanwhile, in China, the company has completed a new factory building at THK Manufacturing of China (Changzhou) Co., Ltd. in Jiangsu Province. This was the factory’s second phase of construction. It has been producing actuators and actuator units since its operation in March. The factory has a floor area of about 15,000sq.m.

THK Manufacturing of China (Changzhou) is the company’s first plant to produce actuator units outside Japan. Actuators are system products that combine LM guides and motors and control units.

Also, the company is constructing a factory building at THK Manufacturing of China (Liaoning) Co., Ltd. in Dalian, Liaoning Province. The building is now in the third phase of construction, and completion is scheduled in December. Specifically, the 25,000sq.m. factory will help augment production of LM guides and actuators.

Meanwhile, the new factory building at SAMICK THK Co., Ltd. Technopolis Plant in Korea has been operating since November 2020. It has been producing LM guides. It stands on an approximately 50,000sq.m lot, and has a floor area of about 43,000sq.m.

While stepping up production, THK has also been cultivating new markets for LM guides and actuators. In line with this, the company has started to take part in exhibitions related to food products.

Hoshino says, “The scale of the manufacturing industry involving clothing, food, and housing is enormous. LM guides and actuators are employed in equipment used for the processing of foods and in other industries. We are taking part in exhibitions of the food industry with the aim of expanding the market (of LM guides and actuators) in these fields.” 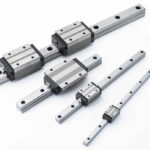 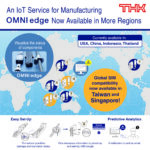