THK CO., LTD. has expanded the Global SIM compatibility for its OMNIedge IoT service for the manufacturing industry in Taiwan and Singapore.

THK developed OMNIedge as an internet of things (IoT) service and launched in Jan 2020. It uses a communications network to quantify the status of machine components and perform predictive failure detection. The service is primarily compatible with linear motion products, such as the LM Guide, ball screws, and actuators.

It was first made available in Japan. Since then, OMNIedge has expanded to four other regions: the United States, China, Thailand, and Indonesia. Now, its global SIM compatibility has expanded to Taiwan and Singapore, where many semiconductor and electronic device-related factories are located.

Using the THK SENSING SYSTEM, a sensor attached to the component collects data, which are then quantified and analyzed by an original algorithm. The data are then transmitted through a secure network. The package comes with a sensor, amplifier, and communication device. Also included are communication fee, which makes the service simple and secure with zero initial costs.

Presently, OMNIedge is available for linear motion components, such as the LM Guide, ball screws, and LM Guide actuators. In the future, the service will be expanded to include rotary components.

Most customers who have installed OMNIedge are automotive component, food, and raw material manufacturers with their base of operations in Japan and factories overseas. They were able to remotely diagnose machine status and predict failures at both their domestic and overseas factories while never leaving their headquarters in Japan.

Most customers are running the same production lines in their domestic and overseas facilities. In such cases, they opt to standardize to a high level of equipment maintenance across countries without having to travel. Thus, THK enhances its Global SIM compatibility for OMNIedge using international communications networks.

THK now expands the coverage to Taiwan and Singapore. Through this, it hopes customers who want to use an IoT platform will adopt OMNIedge. The service will help them achieve a uniform level of component visualization between components used in their Japanese facilities and those in their overseas factories. It can also be done in equipment they supply to customer facilities. This is true especially as a precautionary measure during their push to run their manufacturing lines at full capacity in the midst of the global semiconductor shortage.

Future expansions will bring the service to many other regions with Japanese-owned factories, such as Central and South America, India, and Southeast Asia.

THK will continue to incorporate feedback from users in order to expand the service in a way that best suits user needs. Also, it aims to help their manufacturing operations achieve continuous productivity improvements.

This service enables the remote visualization of machine components such as LM Guide units or ball screws in use at factories located outside of Japan.

The operating conditions at these overseas factories can be monitored from Japan, which grants centralized control over maintenance management across all production lines. Keeping track of domestic and foreign factories simultaneously also enables comparisons between the statuses of different devices. 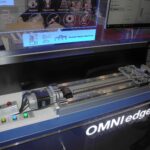 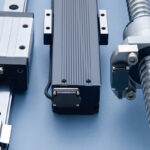