Flow/Reflow: Vaccum Reflow Eyes Lower Power Consumption
Flow equipment is used to solder components. It soaks the bottom surface of substrates in the surface layer of molten solder in the solder bath. Mainly, flow equipment is used to solder components with lead wires. It is also used to mount surface-mount components on both sides of substrates. Solder baths are classified into jet soldering equipment, which makes waves on the surface of the molten solder surface, and stationary solder equipment (DIP method), which does not move the molten solder surface.

Oxidization of the surface of solder hampers sufficient bonding. Therefore, nitrogen (N2) gas, which inactivates oxygen in the atmosphere, is often used in the soldering process. Wettability is the bonding capacity of solder.

From the viewpoints of reducing impacts on the environment and shortening the soldering process, fluxless mounting, which does not use flux, has been attracting attention.

In reflow mounting, flux is used to remove oxide film on the metal surface to ensure wettability. Hence, it is necessary to clean the flux using solvent after reflow soldering. In fluxless mounting, the formic acid atmosphere heating using acid (formic acid) removes oxide film on the metal surface using the oxidation reduction effect of formic acid. Thus, it ensures high wettability without the use of flux. In fluxless mounting, the cleaning process after reflowing is not needed, thus reducing environmental load.

In soldering, suppressing the generation of voids at the joint section is a major challenge. Voids are joining defects occurring by air bubbles entering in the solder. Voids occur from various factors, including metal oxidization of the solder surface and residual gas in the molten solder. For this reason, the demand for vacuum reflow, in which the reflow process is performed in the vacuum, increases.

Improvements of reflow soldering also advance. Among these improvements include the enhancement of circulation efficiency of the atmosphere in the reflow oven; reduction of power consumption in the stable condition through adoption of reinforced heat insulation structure; shortening of startup time; reduction of N2 consumption; and the recovery of flux.

Conventionally, large-size electronic components, which are difficult to be soldered in the surface mounting process, were manually soldered after the reflow process, using soldering irons. Recently, however, automation using laser and ultrasonic soldering robots has advanced. The demand for soldering robots expands globally.

The most salient feature of laser soldering is that contactless soldering is possible. Laser irradiation and solder feeding are performed with no contact with substrates and electronic components, and hence, no physical loads are involved. Capability to enable effi cient pin point heating is also a major strength. Thus, it enables the irradiation of a laser to small points where an iron tip cannot reach. It also enables irradiation by changing the angle of the laser even when components are densely mounted with small distance between components.

Explosive force of cavitation reforms the surface of the oxide, removing dirt and oxide film. At the same time, the melting and diffusion action of the base material forms a diffusion layer. In the moment when the cavity generated by the cavitation effect of ultrasonic waves collapses, an ultrasonic soldering system intakes oxygen and emits heat energy simultaneously.

Using this energy, the solder’s melted metal elements with strong affinity with oxygen form a covalent bond with the surface of glass and other materials using oxygen taken in as the medium. 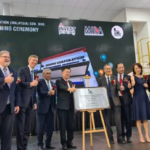 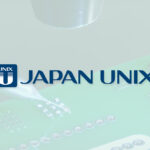 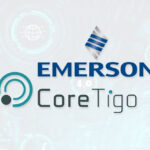 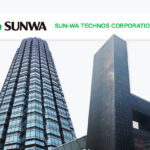