SK hynix has gained a toehold to carve out niches in the global enterprise SSD, or solid state drive market.

The world’s second largest memory chip maker said that it has completed the 1st phase of its 2 phased-buyout deal to acquire Intel’s NAND flash memory business unit paying US$7 billion out of the total buyout price of US&9 billion.

The first phase deal was completed after it received regulatory approvals from 8 countries including China.

The second phase is expected to be completed in or after March 2025 along with the payment of the remaining US$2 billion for which the remaining assets of Intel will be delivered to SK hynix, including NAND flash design and fabrication-related IP, R&D employees, and Dalian workforce.

The win-win strategy was a good fit for the deal, as SK hyix is eager to get a foothold to enter into   enterprise SSD market.

Meanwhile, Intel is in dire need for cash to finance its advance into a next generation of Optane 3D NAND flash memory chip technology.

The deal will enable SK hynix to take Intel’s cutting-edge SSD controller technologies that are key crucial building block for controlling SSDs, or bringing up and back data stored in the storage device where they are needed. 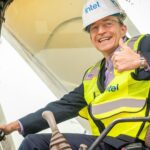 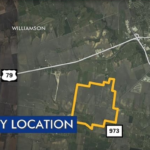