Open Resource Interface for the Network (ORiN) is a middleware standard that originated in Japan. It converts various program languages into a single language beyond the other data communications standards of various machines and facilities in factories to integrate systems.

Twenty years after its inception, moves to expand the use of ORiN from factory automation (FA) to agriculture and medical care have started to gather steam.

In 1999, ORiN started as activities of the Japan Robot Association (JARA) targeting standardization. In 2001, the specifications of Version 1 were completed. The following year, ORiN Consortium was established within JARA to promote the widespread use of ORiN and improve its functionalities.

At the onset, ORiN was aimed at the standardization of data communication standards for robot devices. However, the specifications of ORiN2 were completed in 2005. It is an upgraded interface that enables application to a wide range of FA devices.

Globalization of ORiN has also been advanced by issuing part of specifications as ISO standard. As of Mar. 2022, about 65,000 licenses are being used mainly by manufacturers. DENSO WAVE INCORPORATED has also commercialized a driver.

Robots, programmable logic controllers (PLCs) and other control devices, processing machines, and sensors are developed and controlled using management software of respective manufacturers. Hence, it was necessary to rewrite programs of these machines and devices to integrate them in a factory.

ORiN can convert different languages as though a translating machine to integrate systems. Thus, it can connect all applications and devices and realize internet of things (IoT) efficiently.

NTT DOCOMO, INC. pays attention to the potential of ORiN, which connects machines from different manufacturers. The company has conducted trial demonstrations to control robots remotely by combining ORiN with fifth-generation (5G) communication. It succeeded in controlling industrial robots from various manufacturers in remote locations on a single network.

In Dec. 2021, NTT DOCOMO commenced standalone (SA)-based services using 5G dedicated facilities without using 4G communication facilities. In controlling robots, a deviation of several milliseconds makes a difference. The SA method can reduce the deviation to 16 to 40msec from 20 to 50msec of the conventional method. According to NTT DOCOMO, it is possible to expand robots into other industries than FA through remote operation using 5G and ORiN.

In response to the call to introduce IoT, the plan to develop next-generation ORiN started in 2016. With the support from the New Energy and Industrial Technology Development Organization (NEDO), specifications of ORiN3 were completed in 2020. ORiN3 is a multi-platform that does not depend on an operating system (OS), and can be applied to diverse operating environments. It supports Linux and other OS in addition to Windows.

It adopts a microservices architecture that integrates multiple independent modules as a whole. With this, ORiN3 has improved the stability and flexibility of the system. This is a new feature in ORiN3.

ORiN has been expanding to other regions beyond the FA field.  Thus far, it has found uses mainly in secondary industry, such as factories. “ORiN3 targets the primary and tertiary industries, as well,” notes ORiN Consortium.

The consortium views that demand for ORiN from other fields is expected to increase down the road as a means to overcome challenges like aging population and the difficulty in the succession of techniques.

In medical care, ORiN can be used to integrate data of various medical devices for centralized management. It is expected that ORiN will be used for the processing of vast amounts of data of human bodies obtained by magnetic resonance imagers (MRIs).

In contrast to the medical field where high investments are possible, agriculture requires high cost performance.  Nonetheless, agriculture is another field where the use of ORiN can be expected.

Mounting ORiN to temperature and humidity sensors and arranging many of them can lead to the construction of inexpensive systems.

At present, the ORiN Consortium is supporting companies’ efforts to commercialize products that meet specifications and implementation of ORiN3. 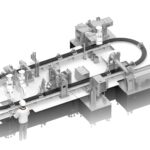 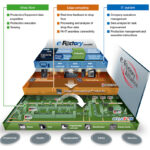 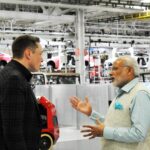 Japanese Firms Bank on “Make in India” for Expansion
×