In 2022, the factory automation (FA) and manufacturing equipment industry faced severe industry landscape. Particularly, the semiconductor and components price and supply chain issue, rising energy and logistics costs, and the impacts of China’s zero-COVID policies have created a dent in the manufacturing field.

On the other hand, the manufacturing industry nonetheless started to recover from the COVID-19 pandemic. This prompted manufactures to invest in plants and equipment. Primarily, targeting production capacity increase, manufacturing automation, and labor savings.

As backed by these indexes, FA/manufacturing equipment manufacturers posted robust business results. Nobuyuki Soga, Chairman, and Chief Executive Officer, FUJI Corporation, said, “In 2022, we suffered from components shortages and soaring materials costs.  Nonetheless, the Chinese market, which is the main market of mounters, did not slow down significantly. Our company maintained steady business performance.”

Kenji Ueyama, Senior Executive Officer, YASKAWA Electric Corporation, said, “Although orders received increased in 2022, semiconductor and components shortages continued. (This) created situations where we could not produce as planned.”  In addition, Ueyama noted the impacts of components shortages.

Manufacturers have been bolstering their production capacities to meet the expansion of demand. Amid the trend, some changes have also emerged.

Meanwhile, Tomoaki Kotani, Group Vice President, Mitsubishi Electric Corp., said, “It is necessary to reassess China as a production base as it has been seen as a major risk factor.”

He said, “Our company builds a production base in India with operation planned to start by the end of FY2023. In the future, we will expand our business positioning India as a global base.”

In 2023, manufacturers will invest in China only for the Chinese domestic market, and increase investments for local production and local consumption, as well as investments in India.

External factors played significant roles  in the outlook of the measuring industry in 2022. These factors include supply chain disruption like lockdown in Shanghai, China resulting from the COVID-19 pandemic and prolonged semiconductor and other components shortages. In addition, the historical depreciation of the yen.

In the second half of 2022, restrictions on the components supply chain and production system gradually eased, and the manufacturing industry for automobiles and electronic components turned to recovery. In line with the trend, the measuring instruments manufacturers improved their business performances although influences of external factors still remained.

There were high needs for measuring instruments for automatic optical inspection of semiconductor wafers; temperature, concentration and flow rate management of chemical liquids and gases in various processes; and cleanliness measurement of clean rooms and ultrapure water. Particularly, inquiries for measuring instruments for development and manufacturing of a wide range of semiconductor products have increased.  These range from power semiconductors, including new materials, such as gallium nitride (GaN) and silicon carbide (SiC), to general-purpose products. In addition, advanced semiconductors, such as logic semiconductors and memories, are also gaining traction.

However, semiconductor and components shortages affected the production of measuring instruments as well.  Although some were advance orders, there were cases where manufacturers could not deliver ordered products even though they received orders surpassing the previous year, and they had to carry some to the next term.

Investments to develop fifth-generation (5G) communication products completed, and needs for measuring instruments shifted to those for the installation and maintenance of base stations, as well as for mass production of 5G terminals. Many communication measuring instruments were used to establish 5G networks in countries in Asia and North America. In Japan, local 5G began to expand gradually, and full-scale expansion will occur in 2023 and onward.

Investments in plants and equipment for electric vehicles (EVs) continued to be strong, and measuring instruments are necessary in the development of advanced driver-assistance systems (ADAS) and connected functions.

The Japanese government declared carbon neutrality in fall of 2020. Since then, the shift to EVs has been accelerating in Japan. Measurement business using impedance analyzers that evaluate battery performance and charge analyzers has expanded. 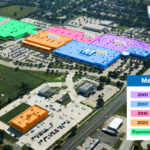 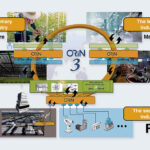 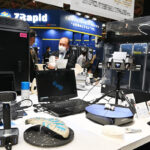 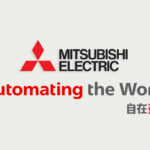