Factory automation (FA) equipment manufacturers have been stepping up their integrated controller businesses. These are indispensable for production automation and smart factories.

Moreover, advances of products have also been accelerating. These include the integration of manufacturing process information, accommodation to diverse networks, increase in the number of axes, and the use of faster and larger capacity CPUs.

Best of all, they form the foundation for visualization of production line and creation of smart factory using internet of things (IoT). Hence, FA integrated controllers are indispensable systems for factory automation.

Major FA equipment manufacturers position FA integrated controllers as a growth field and have been strengthening product lineups to expand their businesses.

Furthermore, it promotes e-F@ctory FA integrated solution, which achieves smart factory using IoT technology.  So far, the company has delivered the solution to about 35,000 customers worldwide.

The company has expanded its product lineup of sequencers that link with e-F@ctory, and brought to market the series for medium- to large-scale, and small- to medium-scale systems.  These include the MELSEC iQ-R Series next-generation machine, which has significantly reduced tact time and the MELSEC-F Series, a compact model equipped with diverse built-in functions. Equally important, the MELSEC-Q Series universal model, which controls high-precision, large-capacity machines.

Yaskawa Electric Corporation has been strengthening product development targeting to achieve i3-Mechatronics, a new solution concept. Consequently, the management of digital data comes as addition to the automation solution. As part of the effort, the company has commercialized YRM-X controller, an industry first to chronologically synchronize various data of “cells” consisting of equipment and industrial robots in the production site, at high speed in real time, and control them integrally.

With the commercialization of the Σ-X Series AC servo drive and the YRM-X, the company has put in place tools to achieve the i3-Mechatronics concept. In addition, the YRM-X controller integrally controls cells and links with YASKAWA Cockpit software tool. Likewise, it integrally and chronologically collects operation conditions of various types of production equipment in a smart factory, performs analysis based on highly accurate data, and feeds the results back to production equipment.

Fuji Electric Co., Ltd. has expanded its lineup of integrated controller models, releasing the MICREX-SX Series SPH5000EC, which supports EtherCAT open network. The series integrates a dual core CPU (32-bit RISC processor). For that reason, it simultaneously processes applications for two units, such as a sequencer and a multiaxial synchronous controller, in parallel on a single unit. It attains industry-leading multiaxial synchronized control.

Meanwhile, Toshiba Infrastructure Systems & Solution Corporation has been promoting digital transformation (DX) of the industrial field. The company supports its customers to shift their factories into smart factories. 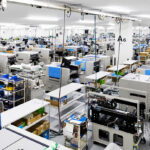 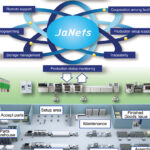 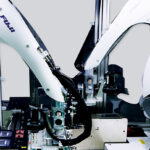